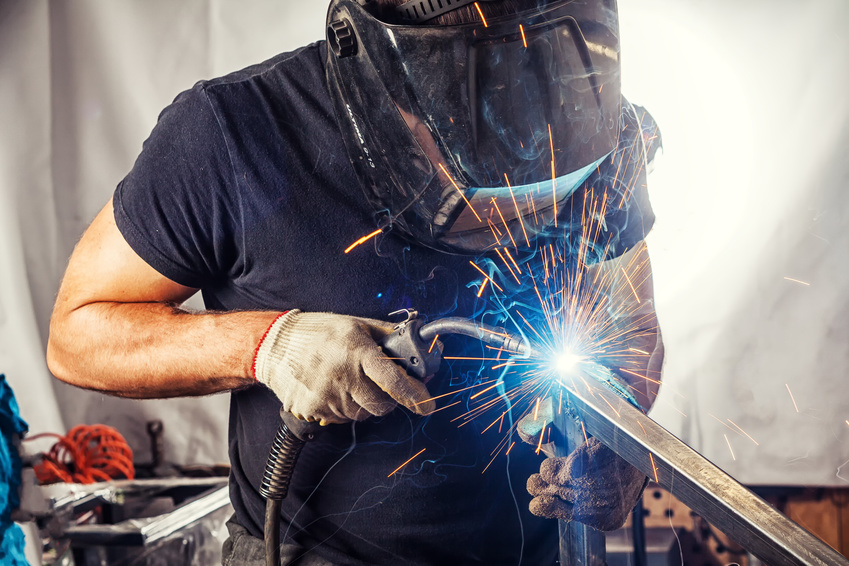 Too many stories show tragedy and adversity without any sort of reconciliation. This one is a unique tale that landed an injured young man in a newfound passion for welding.

Four years ago, a twenty-year-old Jonathan Flores was drinking and driving when he was in a car accident. He was thrown from his vehicle and broke his back. He was, and remains, paralyzed from the chest down. Thus, his fervent pursuit of a welding career has been a process that's been thoroughly stacked against him.

Welding is a craft that requires a fair bit of awkward angling and almost acrobatic contortions, so welding from a wheelchair began as a challenge. Yet, he persisted and flourished. What began as a place to channel creativity blossomed into him pursuing an Associates Degree in welding from Texas State Technical College.

Flores came to the United States illegally when he was seven years old and, after high school, wasn't eligible for college scholarships. This changed when he realized his eligibility for Deferred Action for Childhood Arrivals and was able to enroll in his current welding program. Now he's slated to graduate from his program with a perfect GPA and is confident in his hireable skills.

"I worry more about, like, actually finding people who would actually give me an opportunity to show them that I can do it or, you know, to show what I can do," Flores said.

Two out of three welding jobs are in manufacturing and as if the gods of gas and gear heard Flores' words, the CEO of a local company wanted to meet with him and chat. That chat ended with an offer for a welding test to potentially hire him after graduation.

Welding is hard work and, for Flores, it's especially difficult. Barring all obstacles and previous traumas, he stepped up to the plate and his determination will be rewarded. Sure, he can't erase a painful past and will have reminders of it with him for the rest of his life, but it's exactly that kind of resilience that makes a difficult craft all the more rewarding.

Looking for a welding supply store to outfit your workshop? We have the best gas and supply Tulsa has to offer. Gas and gear, air tool repair, and whatever welding gear you need, we can get you fitted.